The Law Firm to Trust

Learn More About Our Practice

Find an experienced law practitioner at Iwama Law Firm in Kent, WA. Founded in 2005, our legal practice covers various areas of the law such as estate planning and bankruptcy. Learn more about the background and advocacy of our law firm’s owner and legal practitioner.

Let Us Solve Your Legal Problems

At our legal practice, our understanding of the law and the application of its best practices is the tool that we offer to help our clients. No matter the dilemma, we always make sure that our clients never leave our office without hope in their heart and a smile on their faces. Call us today so we can start discussing your legal problems. We look forward to hearing from you. 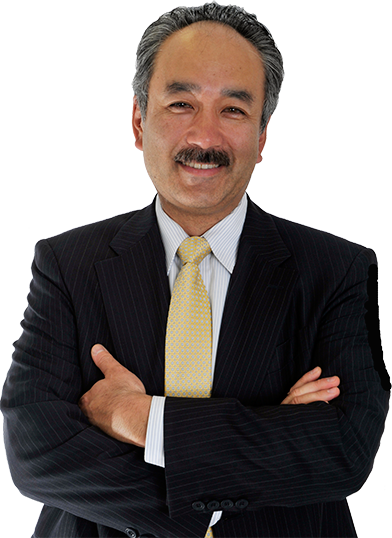 Column
Emigrating from Japan in 1981, Matt Iwama was thoroughly convinced that life in the USA offered the values and virtues he desired. In 1984, after deciding to make America his home, he started a small construction company. By 1986, he was building homes and sold his last project in 2007. The company’s main business was land development and construction of new homes.
Until then, he spent his entire working life in the construction and real estate industries as a market participant. He believes that most of what we really need to know in life cannot be learned or taught in school. As a builder and developer, current real estate broker, and former mortgage broker, he brings to the table a range of life and work experiences which are pertinent to his clients’ needs. These experiences allow him to offer more than textbook answers.
With the recent downturn of the economy, his real estate and construction focus has shifted towards helping clients like builders, developers, real estate investors, and homeowners who are struggling legally and financially. He realized that many of his friends and colleagues need to move on with their lives and filing bankruptcy was the best possible solution for them to start fresh or reorganize their debts.

He has assisted individuals and business owners with successful Chapter 11 bankruptcy cases. Although the current trend of the regional economy appears to be good, he finds many people can benefit from Chapter 11 cases. He is ready to serve those who need their reorganization.

As a law practitioner, he enjoys getting to know people on a personal basis. He especially likes helping clients work through their hardships. He came to the realization that as humans, we often need a hope or vision to move forward in our lives. Having the opportunity to help clients find their hope and create a vision for the future is by far the best part of his career.

Lamont “Monty” Bossard has been an attorney since 1978. Originally from Southern California, he is a graduate of Stanford University (BA 1975) and Boston College Law School (JD 1978). He is a member of the state bars of Washington and California (currently inactive). He practiced law in the District of Columbia from 1978-1981 and has practiced in Washington State since 1982.

Mr. Bossard’s practice has been primarily in real estate since 1978, practicing with several law firms as well as working for two real estate development companies, two mortgage lenders, and in real estate closings. He has practiced with Matt Iwama since May 2009. Before that, he practiced with the Washington DC firm of Stohlman, Beuchert, Egan and Smith and the Seattle firms of Sax and McIver and Cameron and Frawley. He served as in-house counsel for the Seattle office of commercial real estate developer The Trammell Crow Company as well as for American Tower Company, a national developer of cellular towers. He has served as in-house counsel for two mortgage lenders, CLS Financial Services of Lynnwood and City Mortgage, Inc. of Seattle.

In the early 1990’s Mr. Bossard worked for Windermere Real Estate in Seattle for three years as a licensed real estate agent, which provided him with hands-on experience in the real estate business. Thereafter, he worked in title insurance and escrow for First American Title Insurance as well as for several attorney-owned escrow companies.